Where did the world drink in 2021? This year, cities across the globe began to slowly emerge from hibernation. And with that, people ventured to taprooms in masks. And parked themselves in parklets outside while ordering beers by scanning QR codes on tables. We began to drink with each other at breweries across the world again. Fittingly, in our first post in our series of Untappd Year in Beer for 2021, we're taking a look at the top ten breweries of 2021 based on the total number of check-ins globally.

Check out what breweries you checked into most this past year!

A complete newcomer to the Top Breweries list, Equilibrium rounds out the top ten with over 415k check-ins in 2021. The Upstate New York-based brewery has always taken a scientific approach to brewing hazy IPAs, which could be a reason we saw them crack the top ten this year. It also helped that relaxed regulations allowed Equilibrium to expand its footprint by shipping beer across the country to major states like Washington, D.C., New Hampshire, Nevada, Ohio, Pennsylvania, and more.

Curiously this brewery behemoth did not make the list in 2020. But over 427k check-ins in 2021 netted Anheuser-Busch ninth place. We guess you could say that it's fitting for this 160-year-old American brewery and maker of the "King of Beers" to land in the top ten.

Staying in the eighth spot from 2020 to 2021, Goose Island Beer Co. has still been a stalwart on this list. This year, the Chicago-based brewery topped out with just over 462k check-ins. Thanks in part mostly to the epic phenomenon of their Bourbon County series. While in 2020 the global pandemic shut down many of those classic Black Friday releases, for 2021 we expected to see more growth here. Perhaps next year Goose Island will start to climb closer to number one.

Unsurprisingly, one of the largest breweries in the U.S. makes the list of top ten breweries again. But in 2021, the Southern California-based giant did slip from the No. 6 spot to No. 7, despite almost 500k check-ins. Announcing the closure of their Napa Valley location could have contributed to this. Overall though, as Stone celebrated its 25th anniversary this past year, the brewery still found ways to innovate, launching its Buenavida Hard Seltzer brand in June.

What a year for the Fort Collins, Colorado-based brewery. Over 503k check-ins helped propel New Belgium a spot closer to number one. Actually, each year New Belgium has worked its way up this list, from eleventh in 2019 to seventh in 2020 to sixth in 2021. In addition to jumping up one spot, New Belgium also recently announced that they'll be adding a "Bell" to their "Fat Tire." In November, Bell's Brewery and its iconic beer brands joined the New Belgium family. With that in mind, we expect this brewery to cruise even closer to number one on this list next year.

At number five, Sierra Nevada stayed the course this year, neither moving up nor down from 2020. With over 526k check-ins in 2021, the California-based brewery continued to enjoy high check-ins from its uber successful Hazy Little Thing New England-style IPA. And they even introduced more variations in the series, including Big Little Thing Imperial IPA back in March. Additionally, Sierra Nevada celebrated the fortieth anniversary of its iconic Celebration Fresh Hop IPA this past November. We're not sure what Sierra Nevada has in store for 2022, but we can be sure that they'll continue to be a steady force on the list of top breweries.

Another brewery that we've seen keep it's rank from last year, Founders Brewing Co. from Grand Rapids, MI, stayed solid in fourth place with just shy of 565k check-ins. Founders added to its All Day series by releasing All Day Haze, a session hazy IPA. And although we said goodbye to the retired Canadian Breakfast Stout (CBS) last year, Founders added a new addition to its barrel-aged series with KBS Cinnamon Vanilla Cocoa and welcomed back fan-favorite KBS Espresso. We expect Founders to continue to flourish on this list.

Check-ins jumped over forty-three percent between our number four and number three breweries. With an incredible 810k check-ins, Scotland-based brewery BrewDog actually took a slight tumble this year. Our reigning number one brewery in 2020 fell back to the third spot. Although increasing its digital presence during lockdowns (e-commerce revenues rose 900 percent year over year from 2019), BrewDog reported a £13.1m pre-tax loss in 2020 due to bar closures, perhaps contributing to this dip. Regardless, BrewDog's co-founder James Watt still has plans in the works for thirty new locations in major cities such as Manchester, Mumbai, and Milan in 2022.

2. Other Half Brewing Co. 🇺🇸

So close to the peak, Other Half Brewing Co. continues to climb its way up the Top Breweries list. Up from number five in 2019 and number three in 2020, Other Half moves comfortably into second place. Without a doubt, Other Half's expansion during the pandemic has continued to pay dividends. After opening a brewery location in the Fingerlakes region (NY) and a brewery in Washington, DC, in 2020, Other Half also expanded its distribution through direct-to-consumer orders. We consistently find their beers topping our best-of lists from  Untappd's 18 Highest-Rated Lagers of 2021 to Untappd's Top-Rated IPAs of 2021 to Untappd's 5 Best Session IPAs of 2021. Can Other Half unseat our current champion next year?

Other Half Brewing Co.

After a brief stint in second last year, Tree House reclaims its title from 2019, once again peaking at the top spot on Untappd's Top Breweries of 2021. Over the last three years, Tree House added a farm location in Woodstock, CT, along with two breweries in Deerfield and Sandwich, MA. But what's so incredible is that the Massachusetts-based brewery doesn't even distribute! Yes, you have to physically travel to the brewery to pick up the brewery's coveted cans of IPA. And let us tell you, the people are flocking. Tree House sold 41,500 barrels from its flagship Charlton brewery, according to data from the U.S. Brewers Association (BA), making Tree House the top-selling taproom in the country (not including Boston Beer and Harpoon Brewery). We expect to continue to see big numbers and check-ins from Tree House in 2022.

Stay tuned for our next post as we dive into the top styles of 2021 based on Untappd check-ins. What was your top brewery this year? Let us know in the comments below!

Looking for more on the top breweries of the year? Read about Hop Culture's Best New Breweries of 2021.

Interested in seeing these stats all year round? Becoming an Untappd Insider gets you access to personalized data whenever you want! Learn more about your habits with in-depth analytics. Easily see activity trends, your favorite locations, your top beer styles, and much more.

Put Down the Stout, Pick Up a Porter 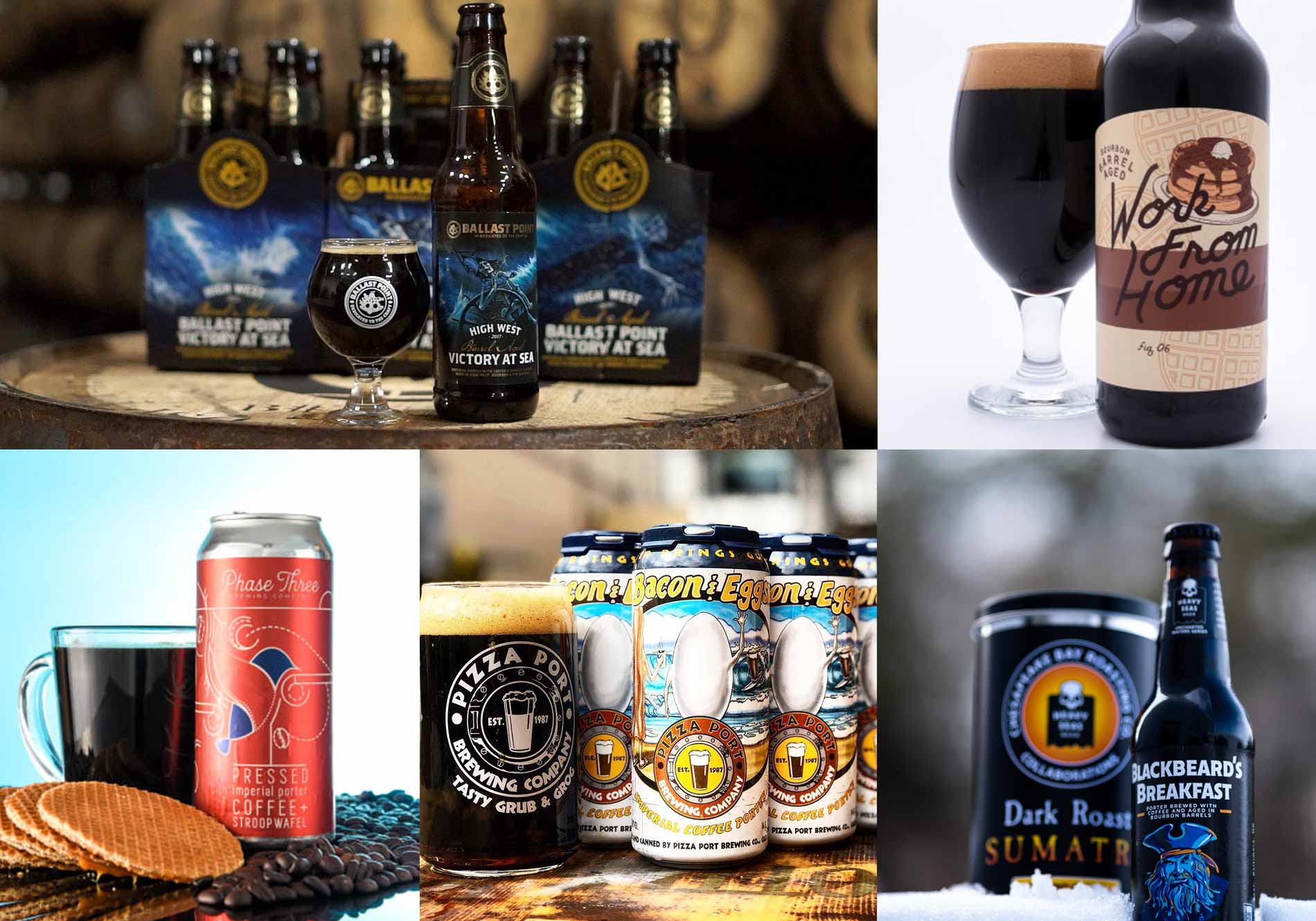 The 13 Best Imperial/Double Coffee Porters of 2022