Why Do We Drink That? The History of Champagne and Raising a Toast

Here's a fact for you to share at your 2023 New Year's party: There are around 250 million bubbles in a bottle of champagne.

All those bubbles are said to represent all the happy memories of the previous year and those that lie ahead of us in the coming year. Making it the beverage of New Year's Eve.

Before champagne became the drink of choice to ring in the new year, it was the go-to dinner beverage of the sixteenth century.

During that time champagne was considered such an elite drink that it could only be purchased by the wealthy due to its high cost. Which might explain why it was Louis XIV's favorite beverage.

With an estimated fifty million bottles of champagne being opened throughout the world on New Year's Eve, everyone now has the opportunity to drink like a king or queen.

On New Year's Eve, though, why do we drink champagne? Additionally, why do we raise a toast, clink glasses, and say "cheers"?

It's all rooted in health, happiness, and avoiding evil spirits.

Let's make one thing loud and clear: Sparkling wine and champagne are not the same thing.

Although they are both bubbly, champagne is exclusively produced in the Champagne area of France.

The Champagne region, which is north of France's other wine-growing regions, is well known for its chalky, porous soil, which creates the perfect acidity for champagne.

The area has an incredibly rich history.

Established in 1772, Louis Roederer is one of the oldest Champagne houses. A favorite of Tsar Alexander II, their champagne was even served at the Russian Royal Court prior to the 1917 Revolution.

Today, Louis Roederer owns roughly seventy-five percent of the grapes from the most coveted Champagne vineyards and manufactures Cristal, regarded as one of the finest champagnes in the world.

Why Are There So Many Bubbles in Champagne?

Have you ever heard the phrase "bubbles in my beer"?

Although it commonly refers to the lack of bubbles in someone's glass, the phrase really makes reference to one of champagne's defining characteristics: its effervescence.

During the second fermentation, sugar and yeast mix to produce champagne bubbles. When carbon dioxide is trapped in the container, the active yeast feeds itself on the sugars and produces effervescence.

According to an article in Smithsonian Magazine called The Science Behind Champagne Bubbles, "typically, a bottle needs to hold at least 1.2 grams of CO2 per liter of liquid to give it the desired sparkle and bite from carbonic acid."

Champagne has more carbon dioxide bubbles than other wines, which gives it an advantage over sparkling wine.

There is some risk involved with popping a champagne bottle. Champagne corks can launch up to 50 mph as they exit the bottle, which is fast enough to break glass.

The longest recorded cork flight was 177 feet and 9 inches at the Woodbury Vineyards Winery, New York, in 1988.

To prevent any injury, perhaps point the cork away from the group before you raise a toast.

Why Do We Raise a Toast, Clink Glasses, and Say "Cheers"?

It makes sense to say "cheers" while making a toast on New Year's Eve because champagne is a symbol of optimism and goodwill for the coming year.

But why do we say and do those things? It all has to do with a superstition to maintain health, protection, and peace.

Adapted from the Old French word chiere to signify "face" or "head," the word "cheers" by the eighteenth century was used to express encouragement and meant "gladness."

Today, cheers is just a shorthand for toasting with the intention of spreading cheer and good health to those around us as a gesture of solidarity.

This gesture is rooted in protection from both evil spirits and poison.

In ancient times, people applauded and clinked glasses to scare off any evil. In an effort to get the evil spirits to leave you alone, it was also believed that you would clink glasses to drop some of the liquid on the ground. Germans have a custom of banging beer mugs on tables and shouting loudly to frighten away ghosts and evil spirits.

It was even once believed that if glasses were filled to the brim and then clinked forcefully, a little alcohol would pour into each glass. Mixing drinks in good faith was a sign no one tampered with them.

The word "toast," which we use to refer to raising our glasses, was first used by medieval partygoers to refer to the act of dipping bread and cakes into a large bowl of ale. The bread was meant to absorb some of the acidity and enhance flavor.

Speaking of holiday beverages, if you're looking for one that is hot and spicy, check out our piece, Why Do We Drink That? The History of Wassail.

If beer bubbles are more your vibe, we've got you covered.

Check out a few of our favorite champagne-inspired beers: 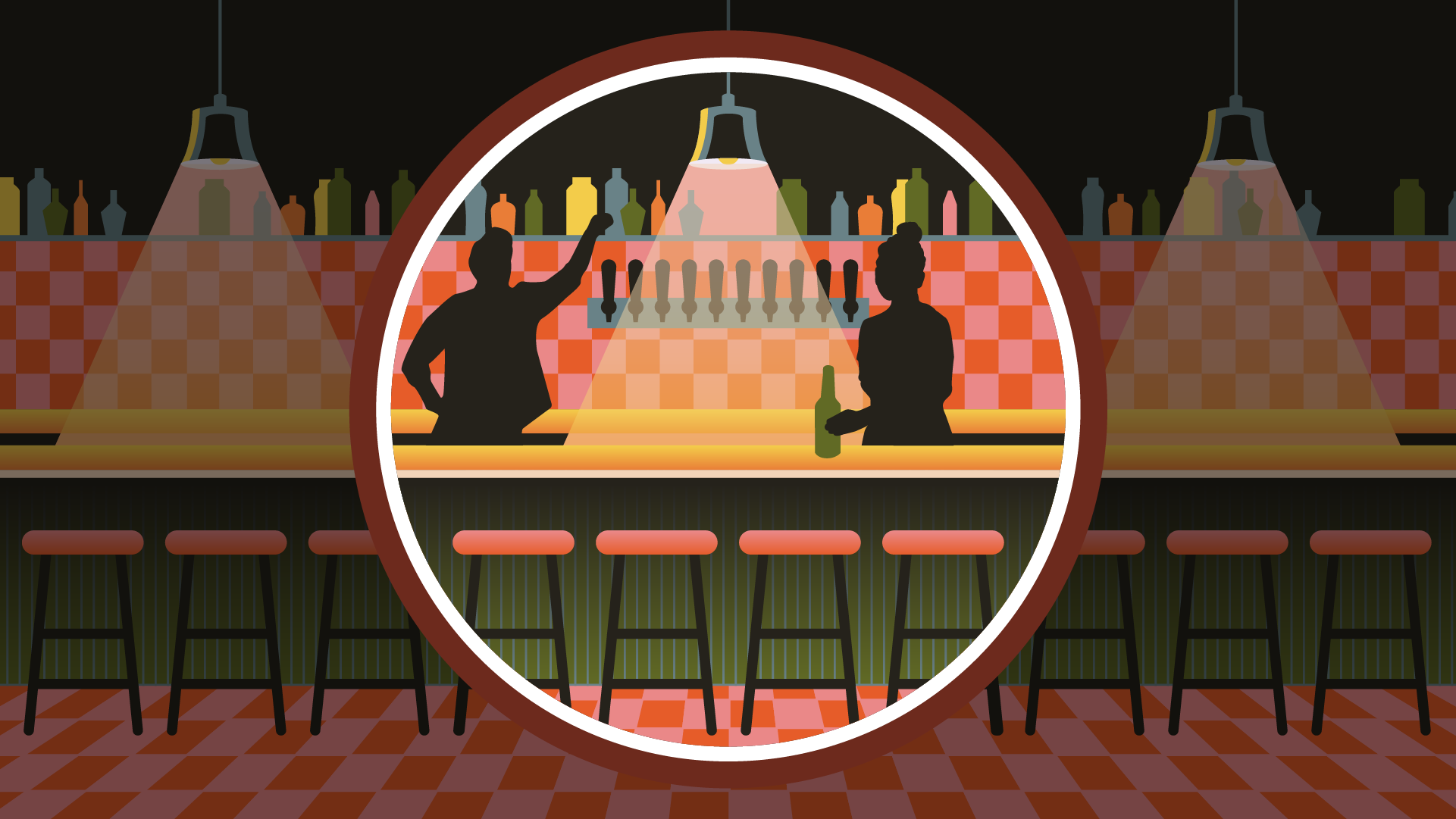 What Is the World’s Oldest Profession? Find the Answer, Earn a Badge

We’re About to Hit One Billion Check-Ins!