Just eight teams remain as we enter the Divisional Round of the NFL playoffs. If you were like me, you were parked in front of the television all weekend with a good brew in hand! This week's article is a bit different from the regular season recaps, as we will see if the winners from Super Wild Card Weekend also won on the Untappd gridiron. Of course, we'll still touch on the top stadium for the week as well as your check-ins!

Only three cities had fewer check-ins than its average from the regular season, so overall, for playoff teams, check-ins were up! There was a lot of good football over the weekend to enjoy and from the check-ins I was tagged in, a lot of delicious beverages were consumed! Let's dive in and see how these teams fared on the field, as well as on the Untappd gridiron.

The Buffalo Bills won a close game on the back of star quarterback Josh Allen and there were fans in the stands for the first time all year. It's tough luck for Indianapolis on multiple fronts, considering they lost the game in reality, but despite a nearly 20 percent increase in check-ins compared to the city's average, Buffalo bested them there, too. It was a clean sweep for the Bills on Saturday, as Buffalo's 33.4 percent increase in check-ins compared to its season average was the highest mark of the weekend.

Hurt thumb and all, Jared Goff relieved John Wolford after a scary hit to lead the Rams to victory over the Seahawks. The Rams defense is menacing and will look to rattle Aaron Rodgers and Co., much like how they locked down Russell Wilson and the Seahawks. Unlike the Bills, the Rams couldn't pull it out, as Los Angeles was one of just three cities over the weekend to record fewer than their season average of check-ins on game day. The Rams win in reality, but Seattle, despite the smallest increase of a winning team on the Untappd gridiron, advances in the Untappd playoff bracket.

The Football Team kept it close, but Tom Brady and his weapons were too much for the Washington defense. This was the closest of the matchups in the Untappd realm, but ultimately, Tampa Bay pulled off the sweep and will advance in both formats. Tom Brady does it again.

This budding rivalry will be fun to watch for years to come. Lamar Jackson got his first playoff win and sent Derrick Henry and the Titans home for the offseason. Baltimore gets to advance to the next round, and with a whopping 28.74 percent increase in check-ins compared to its season average, they won in grand fashion.

Whether you watched this game on CBS, Nickelodeon or Amazon Prime, it was largely uneventful and somewhat to be expected. Chicago has a sputtering offense and New Orleans moves down the field in four yard increments. At least the graphics on Nickelodeon made it fun! While the Saints handled the Bears on Sunday, New Orleans had the largest decrease in check-ins compared to its season average, allowing Chicago to advance in the Untappd bracket.

WOW. This was the most surprising game of the weekend. No, not because Cleveland won, but this would have been the second-to-last game that I would have expected to have 85 combined points and be the highest scoring game all weekend! Cleveland gets it done in reality, but fell short on the Untappd gridiron.

So, with that in mind, you know the matchups in reality, but for the Untappd Playoff bracket, here is what we have for the Divisional Round.

On Super Wild Card Weekend, Nissan Stadium led the way with the most check-ins. While the Titans couldn't bring home a win for the home crowd, it was a good season nonetheless for the AFC South champions 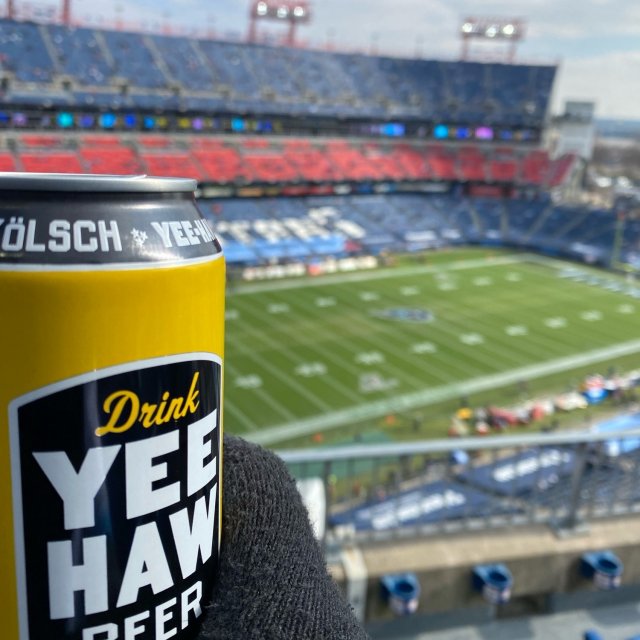 Purchased at Taps On Main 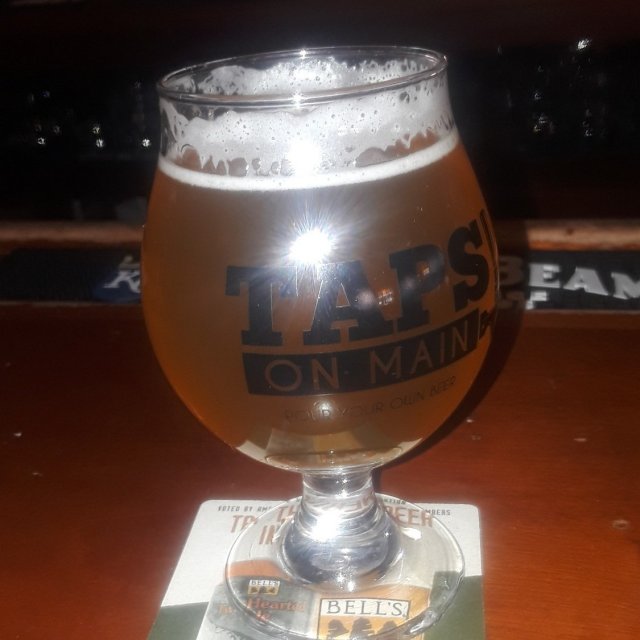 Playoff games stress me out... 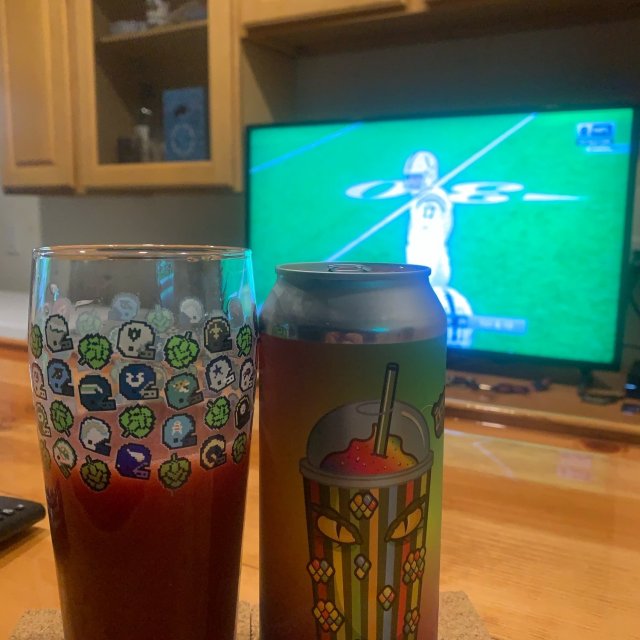 I'm right there with you. Tough loss, but good season for your Colts.

Sweet like a push pop. Good brew, bad season but we finish it with the best brewery in Chicago. Here’s to next year. Go Bears! 🐻 thanks Juice Justin E.

Earned the Middle of the Road (Level 93) badge! 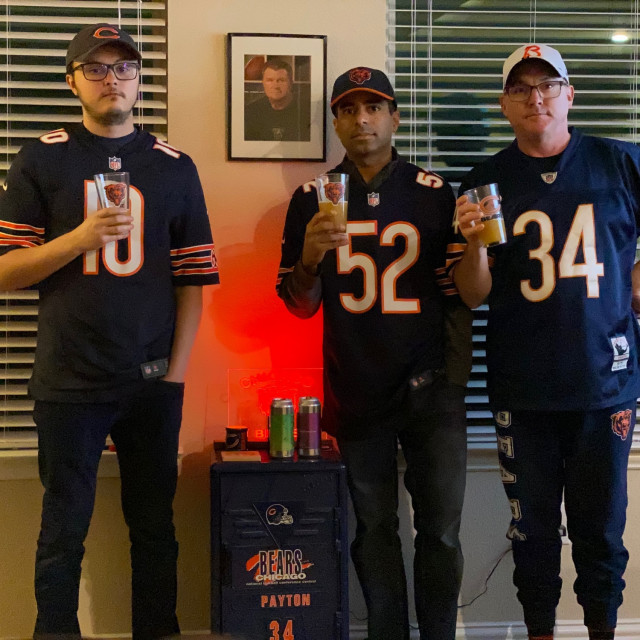 Tough loss, and unfortunately, a lot of questions face the Bears this offseason.

Maltier & stronger then the OG Vienna, but not as flavorful IMO. It seems sweet, but not sure from what. #Bears 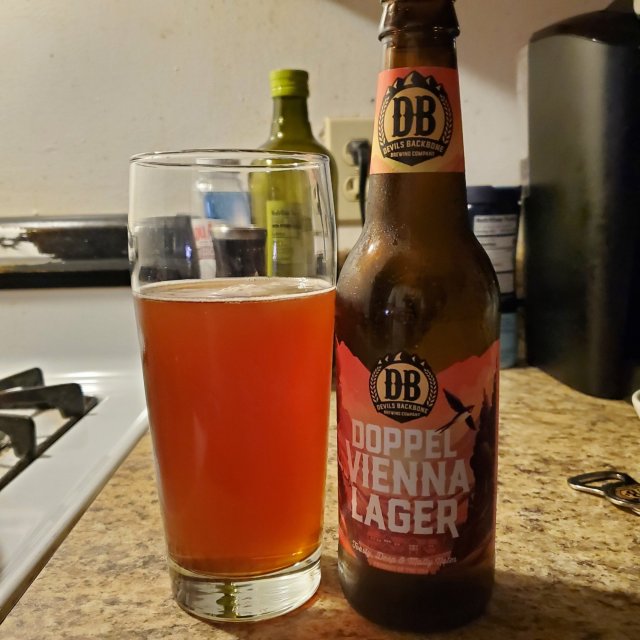 Bear down! Until next year!

Rest in peace Trubisky! Good riddance you bust of a 1st round pick. I will be there to help you pack the moving trucks and cheer your exit out of Chicago. Hopefully, Ryan Pace and Chuck Pagano will be driving the truck and leaving Chicago with you!

Earned the Shake it Up! (Level 11) badge!
Tagged Friends 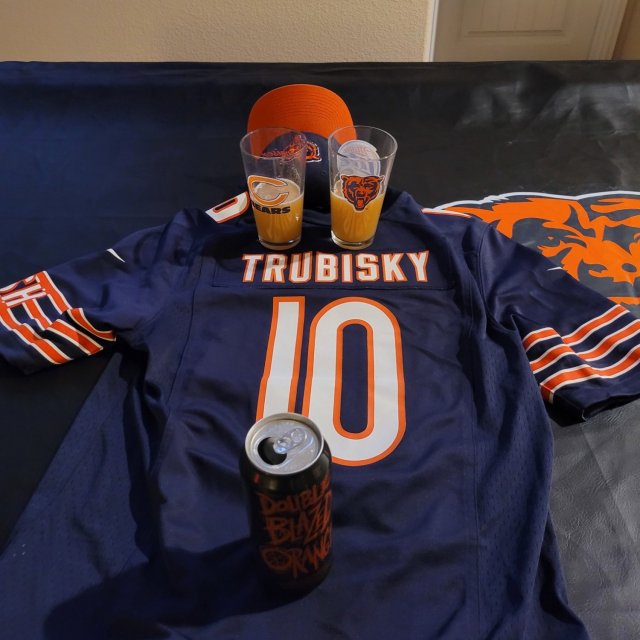 Hard to see Trubisky back in a Bears uniform, and if Chicago needs it, Juice will be there to help escort him out! 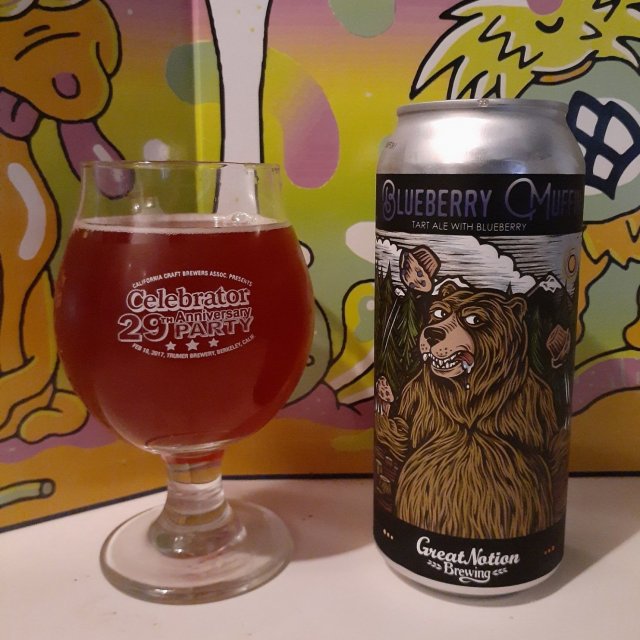 Big win for the Saints! They beat the animal on the can and the background looks like some of the graphics from the Nickelodeon broadcast!

Watching this terrible TB vs Washington game, but life is good because it's playoff football time! 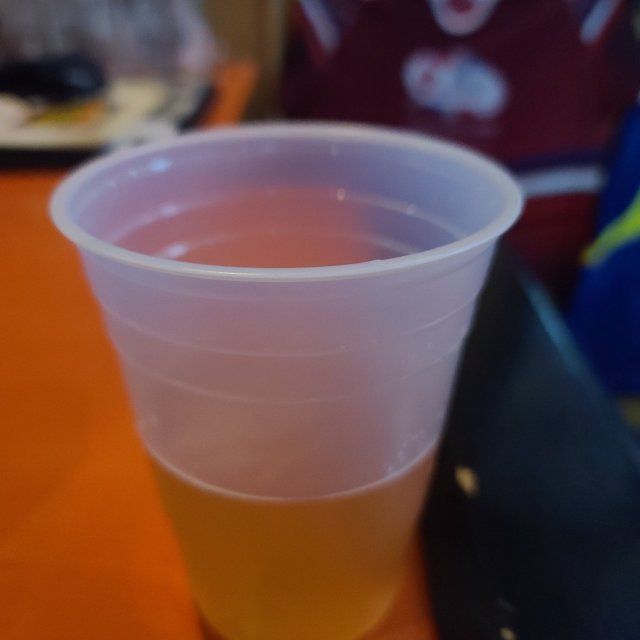 The game got more entertaining as it went on, but bad playoff football is still better than no football!

🏈 do the Browns have a chance at Chiefs 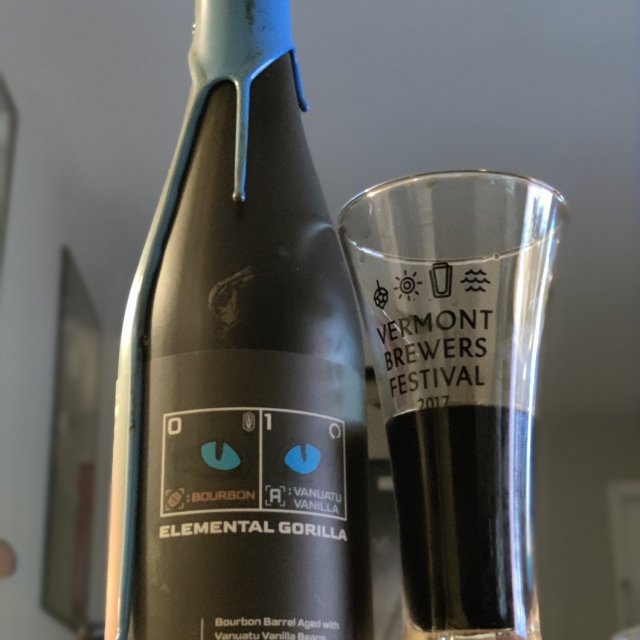 Cleveland's greatest strength on offense (run game) matches up well against Kansas City's biggest weakness (run defense) on that side of the ball. There's always a chance... 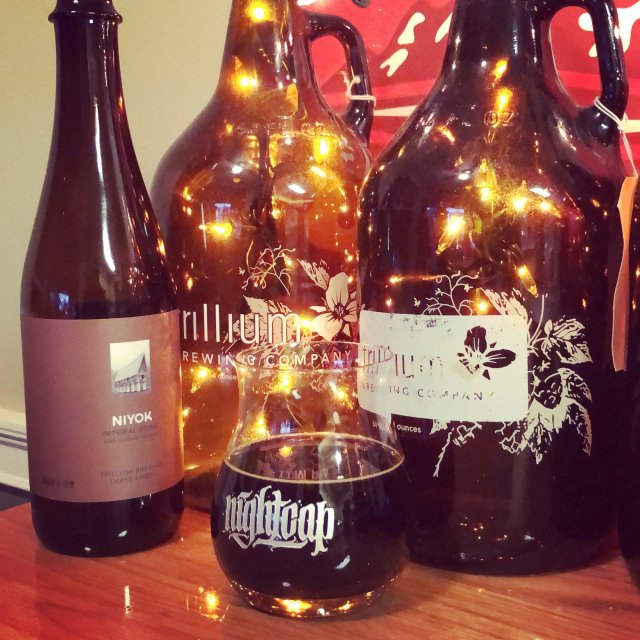 Big win for the Browns. Onto Kansas City...

Y'all had some awesome stouts for football Sunday. Consider me jealous!

Earned the To The Port (Level 3) badge!
Tagged Friends

At that point, the game wasn't over, as Pittsburgh was attempting to claw back. However, the game not being over means time for more beers!

Can't believe this Browns-Steelers game! However as a Jets fan I know that no lead is safe!

I can attest to that. Remember when Houston was up 24-0 on Kansas City last year… Good times….

Be sure to use the comment feature below to let me know what you enjoyed this weekend or what team you root for on game day! Let's keep the dialogue going!

We'll be back next week to recap the Divisional Round!