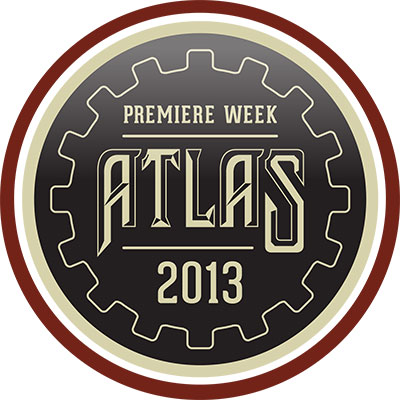 The District of Columbia's newest production brewery is gearing up to open it's doors to the public this Labor Day, bringing with it an excellent launch line beer up. Atlas Brew Works will be featuring three distinct beers upon launch;  Rowdy, a hop-forward American-style Rye ale, accented by the peppery notes of rye; District Common, a California Common featuring Czech Saaz hops; and a third beer, NSFW, which will remain a surprise. These brews will be available on tap at a variety of bars DC area locations as well as at several launch events scheduled for next week, all of which you can find here! Additionally, you can keep track of where fellow Untappd users are enjoying their Atlas beers here.

In celebration of their launch, Atlas Brew Works has teamed up with us to sponsor the "Atlas Premiere" badge! To unlock it, you must check-in any Atlas Brew Works beer at one of the following participating locations during launch week, which runs form September 2nd through September 9th.

Each bar is receiving the beer on a different day. Please contact the bar before traveling to ensure they have Atlas Brew Work's beer.

Be sure to visit one of these locations and welcome Atlas Brew Works to the neighborhood by enjoying a pint of their great new brews. Be sure to like Atlas on Untappd, Facebook and follow them on Twitter for all the latest!